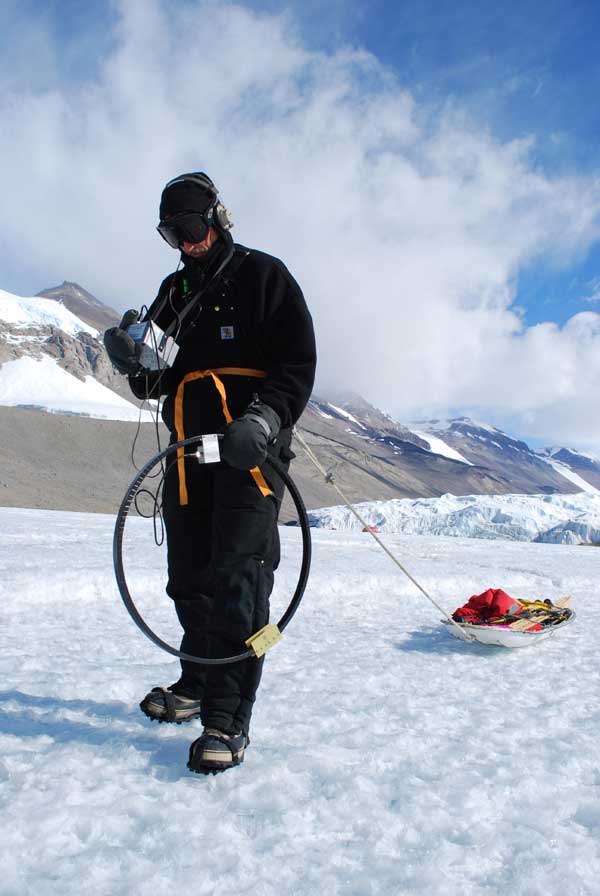 Bill Stone Tracking his ENDURANCE Robot under the ice at Bonney Lake Antarctica
All pictures are from Vickie Siegel's Blog
Radiolocation techniques are being used to track the ENDURANCE robot during its missions under the ice of Lake Bonney in the Dry Valleys region near McMurdo Station, Antarctica.  The goal is to collect data from top to bottom of the water column in a grid pattern over the entire lake, and also to obtain a 3-D sonar image of the underwater portion of Taylor Glacier at the head of the lake (picture below).  For details of ENDURANCE, the people, and the mission, visit http://www.evl.uic.edu/endurance/bonney08.html.  Also read Vickie Siegel's Blog on this site.  For Shilpa Gulati's Blog, visit http://sgulati.wordpress.com. 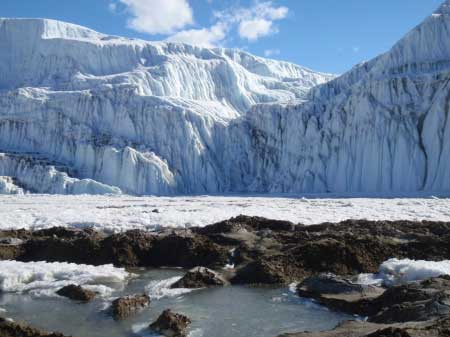 My job was to design and build a 3496 Hz beacon to be carried by ENDURANCE during each mission.  Initially, it was intended to be an emergency recovery beacon, designed to activate after a period of time in case the robot ran out of power or lost it's way.  Later, the decision was made to operate the beacon continuously with a long duration to allow real time tracking and allow plenty of time for recovery in the event it became lost.  I designed a low power Class-E beacon (40Ma x 12V=0.48 Watts).  I used a 4.6 AH lead-acid battery to obtain >100 hours run time.  I included a tilt-switch to allow the beacon to be shut off between missions without an external switch or opening it up.  In this way it could be used for several missions before recharging. 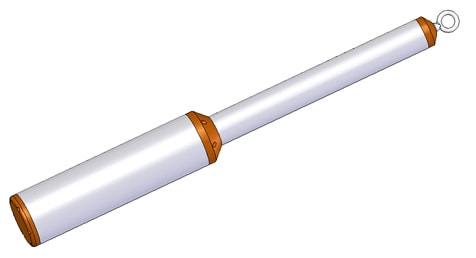 The ferrite rod antenna is located in the small upper portion of the housing, with the battery and electronics in the larger lower portion.  In use, the beacon is simply turned upright to turn it on, then hung on Endurance by its eye bolt.  Since it must be self-leveling, it is free to swing over a limited range.  Tests were conducted to make sure that "ground zero" really was directly over ENDURANCE, and that the beacon did not interfere with the sensitive electronics on board.
I also built 3 receivers and loop antennas specifically for this project.  I built the receivers in rugged cast aluminum cases.  The knobs were made "stiff" with o-rings under the knobs to prevent accidental turning.  I used five CR-123A lithium cells for power to provide long duration at low temperature.  I also altered the receiver to operate on 10V (linear regulated) instead of 12V to make full use of the battery pack.
The receive loops used aluminum bicycle rims as frames, with a gap to prevent a shorted turn.  The rims are rugged, provide an electrostatic shield, and most importantly present a very small crossectional area to the wind.  The last feature is very important when attempting real-time tracking on a lake in Antarctica! 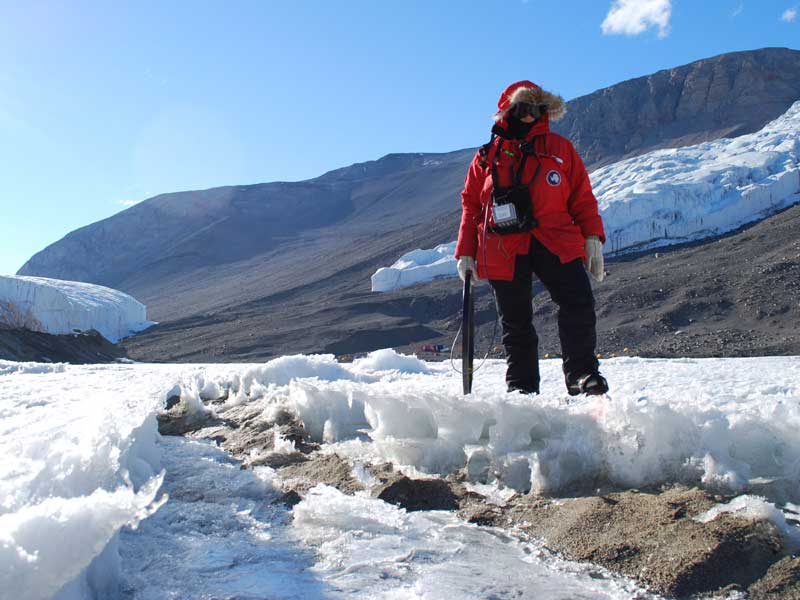 Radiolocation is being used to continuously track ENDURANCE during each mission, except close to the glacier face where it is too dangereous.  It was determined early on that the beacon could not be located at long ranges, likely due to the presence of highly conducting water starting just below the depth ENDURANCE operates at.  Each time the robot stops to gather data by lowering a science package, a precise location is done and a marker flag set in the ice for later use by a survey team.